(CNN) — The Golden Gate Bridge in San Francisco took four years to build, costing $35 million and finally opened in 1937. It has remained one of the engineering world’s most famous poster boys since. But it’s not the only bridge that merits celebration. Here are 23 others (plus San Fran’s Golden Gate) that are worth a look.

A-list celebrity in the bridge world.Now over 75 years old, San Francisco’s Golden Gate Bridge is arguably the most recognizable bridge in the world. While some may not be inspired by the industrial age suspension bridge design, it is undeniable that the San Francisco we know today would not be the same without its skyline being graced by this beauty.

Good to look at, better to climb.Cameron Spencer/Getty Images AsiaPac/Getty ImagesNicknamed “The Coat Hanger” by Sydney locals because of its arch-based design, the Sydney Harbour Bridge opened in 1932 and is a focal point of Aussie pride and celebrations.For aspiring bridge climbers, BridgeClimb offers people just that. Every year for New Year’s Eve the bridge itself is used to complement fireworks displays creating various effects like smiley faces and a disco ball.

A slice of ancient Italy in modern-day Italy.GABRIEL BOUYS/AFP/AFP/Getty ImagesA Medieval bridge over the Arno River, the Ponte Vecchio is mainly known for its shops of jewelers, art dealers and souvenir sellers and for being Europe’s oldest stone, closed-spandrel segmental arch bridge.Regardless, the Ponte Vecchio Brige is gorgeous and has a rich history dating back to the time of the Romans. During World War II the bridge was not destroyed by the Nazis — unlike many other bridges in Europe — under an express order from Adolf Hitler.

Trying to make up for North England’s weather.ANDREW YATES/AFP/AFP/Getty ImagesThe Gateshead Millennium Bridge is the world’s first and currently only tilting bridge. But the most amazing thing about this pedestrian and biker crossing of the Tyne River is that it appears as if an eye is winking whenever it is raised and lowered.Its innovative and unique design has won loads of awards since Queen Elizabeth officially opened it in 2002. It was lowered into place by Europe’s largest floating crane — Asian Hercules II.

Shortcut to a dim sum lunch.Courtesy Johnny Lai/Creative Commons/FlickrHong Kong’s Tsing Ma Bridge is the largest suspension bridge in the world to feature two decks and carry both road and rail traffic.Not only that, but it was subjected to some serious wind tunnel testing as Hong Kong is subject to powerful typhoons. After costing $920 million (HK$7.2 billion), the Tsing Ma Bridge opened in 1997. There are no walkways on the bridge and it features sheltered carriageways on the lower deck when very strong winds prove to be too much for vehicles to safely handle.Related content10 of the world’s longest bridges of various types

Two kilometers of Japanese efficiencyGYRO PHOTOGRAPHY/amanaimages/CorbisThe Pearl Bridge currently holds the title of “World’s Longest Suspension Bridge” with a span of 1,991 meters. The second longest is China’s Xihoumen Bridge.A modern engineering feat, the Pearl Bridge has remained the world’s longest since 1998. The Pearl Bridge stood a true test of strength even before it opened when it survived the Kobe Earthquake on January 17, 1995.

Thirty-five kilometers long, each one impressive.Courtesy Frank Tong/Creative Commons/FlickrConnecting the Chinese municipalities of Jiaxing and Ningbo in Zhejiang province, the 35-kilometer-long Hangzhou Bay Bridge is the longest trans-oceanic bridge in the world. More than 600 experts spent nine years designing the Hangzhou Bay Bridge.

Not “Bladerunner,” but still as memorable.Courtesy Brian Brake/Creative Commons/FlickrKnown for its funky and innovative spiral approach, Shanghai’s Nanpu Bridge designers came up with the novel idea to save space. When you can’t build out, build up.

London’s connection to the 19th century.Paul Gilham/Getty Images Europe/Getty ImagesA combined bascule and suspension bridge in London, England, spanning the River Thames, the Tower Bridge was opened on June 30, 1894 by The Prince of Wales. It is among the top iconic landmarks in a city filled with iconic landmarks.One of the final scenes of the Hollywood blockbuster “Sherlock Holmes” is played out on the bridge in the movie’s climax.

Showing why Rome wasn’t built in a day.Patrick Aventurier/Getty ImagesNo bridge list is complete without at least one aqueduct constructed by the Roman Empire. Pont du Gard is believed to have been built between 19 BC and 150 AD. It was constructed entirely without the use of mortar and the aqueduct’s stones — weighing up to six tons — were precisely cut to fit perfectly together eliminating the need for mortar.

Indiana Jones’ favorite place to hang out.Courtesy Patrick O’DonnellThe Royal Gorge Bridge is the world’s highest suspension bridge at 359 meters above Arkansas River. Not surprisingly, it attracts a lot of jumpers. But they all pack parachutes.Related contentThe most spectacular footbridges around the world

Don’t be dazzled — watch the road.Courtesy Syed Abdul Khaliq/Creative Commons/FlickrAn absolutely gorgeous bridge design. This one gets in on beauty points alone.

Visually clinical, yet appealingREMY GABALDA/AFP/Getty ImagesThe world’s highest vehicular bridge, the Millau Viaduct traverses land not water, though when the fog rolls in, crossing the Millau can feel like crossing the sky. The bridge’s construction set three world records.

Difficult to take a bad photo here.PATRICIA DE MELO MOREIRA/AFP/AFP/Getty ImagesThe Vasco da Gama spans the Tagus River near Lisbon, capital of Portugal and was built to ease traffic congestion and provide easier access to the 1998 World Fair along the banks of the Tagus. It isn’t the longest, it isn’t the tallest, but it sure is pretty.

Walks don’t come more romantic than this.Courtesy Ninara/Creative Commons/FlickrRemarkable views, a useful design that regulates the flow of the river and it has lasted (built around 1650). The Khaju Bridge should be on any bridge fanatic’s must-see list.

Art as engineering.Courtesy Anja Disseldorp/Flickr/Creative CommonsThe Wind and Rain Bridge on the Linxi River of Sanjiang County is gorgeous. Built in 1916 to resemble a rainbow, the builders used no nails or rivets but instead dovetailed thousands of pieces of wood.Related content12 spectacular new bridges that break the mold

The Sunniberg Bridge was built in 1998 and won the Outstanding Structure Award in 2001 for its “aesthetically pleasing appearance and innovative design.”

20. Stari Most: Mostar, Bosnia and Herzegovina

Proving big is not always best.Courtesy Petr Kadlec/Creative Commons/FlickrA 16th-century bridge in the city of Mostar, Bosnia and Herzegovina, the Sari crosses the river Neretva. The bridge stood for 427 years until it was destroyed in the Bosnian war in 1993. It was later rebuilt and reopened in 2004. It is traditional for the young men of the town to leap from the bridge into the Neretva.

Good to look at, great for stunts.ATTILA KISBENEDEK/AFP/AFP/Getty ImagesThe Szechenyi Chain Bridge has loads of character. Opened in 1849, it truly put the “Buda” into the “Pest” as it connected the two sections of the city. In 2001, Hungarian stunt pilot Peter Besenyei flew upside down under the bridge.

About as cute as a bridge can get.Courtesy Dennis Jarvis/Creative Commons/FlickrThe world’s longest covered bridge might not look like much compared to some of the other mega structures featured here, but covered bridges have a unique charm.Some covered bridges are also only one lane, such as this Hartland Bridge in New Brunswick, Canada, so for those crossing there’s always a certain amount of excitement to be had.

Not much to see, so no excuse for bad driving.courtesy Cadian TourismSpanning the Abegweit Passage of Northumberland Strait, and linking Prince Edward Island with mainland New Brunswick, Canada, the Confederation Bridge is the longest bridge over ice in the world.It is not dainty, it is strong, imposing, sturdy and muscular. Probably the bridge where we would least like to run out of gas. Since the bridge’s opening in 1997, potato production on Prince Edward Island has increased dramatically.

Clever, beautiful and inspiring.Courtesy Urban Redevelopment AuthoritySingapore’s double helix bridge is 280 meters long, made of a special stainless steel, lovingly assembled over two years with great precision. Despite being just two years old is already being touted as an architectural marvel and engineering feat. 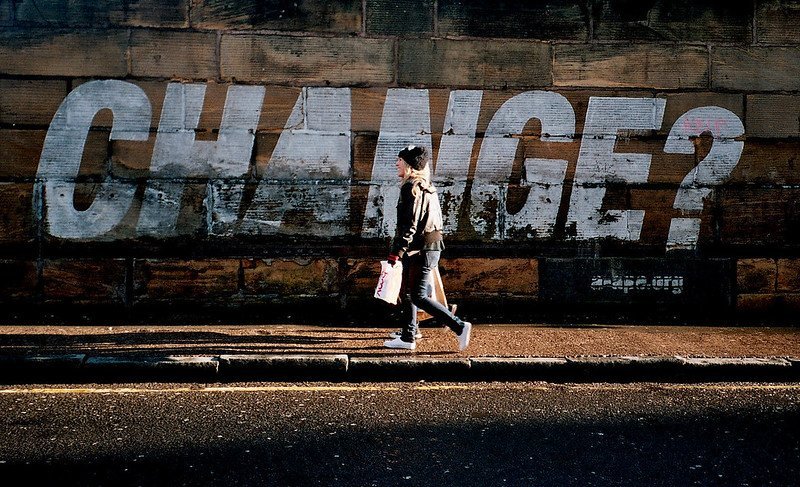 Pandemic: No Better TIME to Change Your Health & Wealth 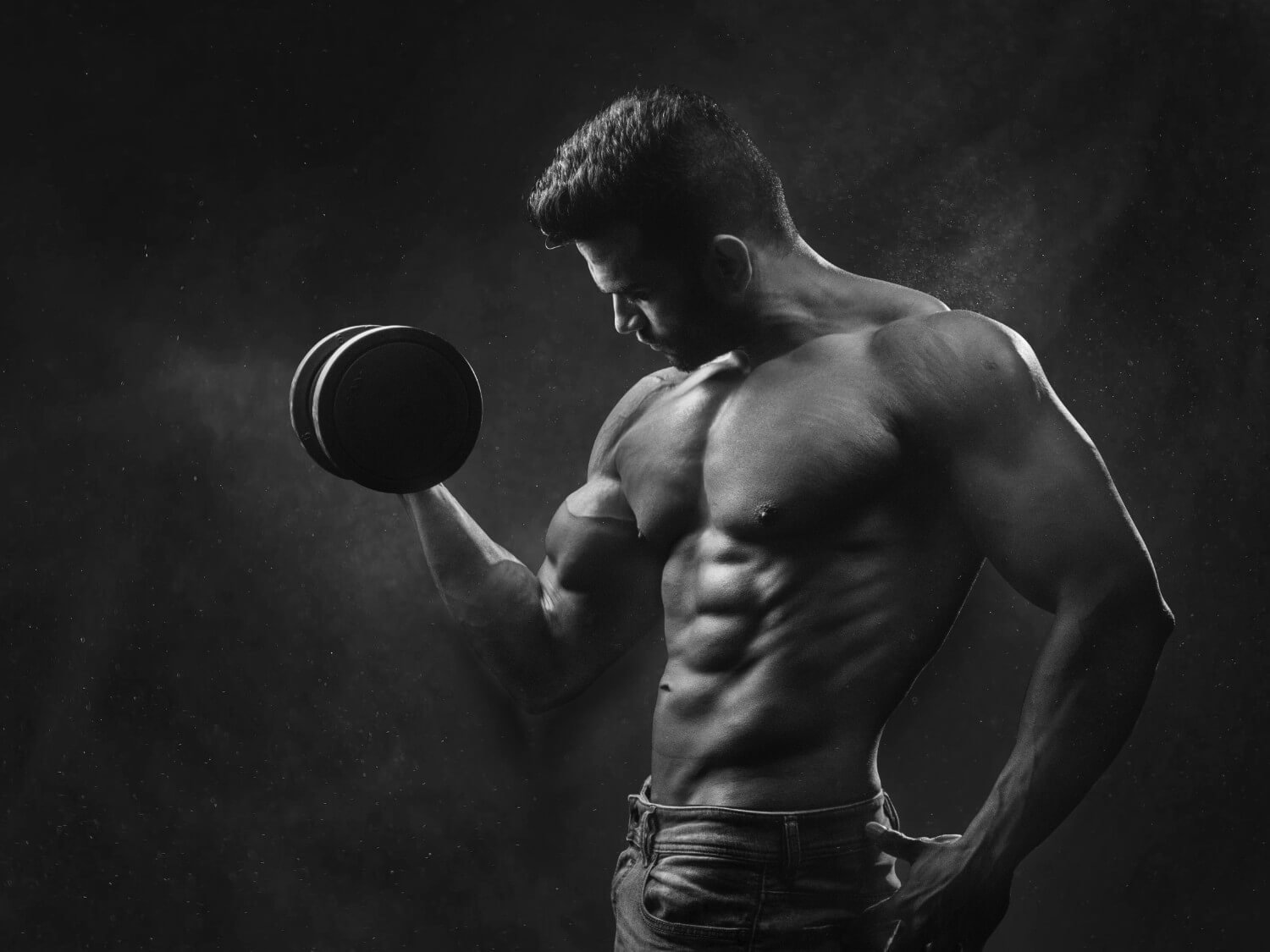 The 8 Best Ways to Get 6-Pack Abs Fast